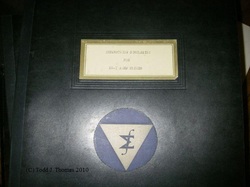 The "computer" module used in the A-NEW MOD1 system in early 1963, was left over from the Titan missile guidance program. Although the Univac ADD 1000 was modified to become the Univac ADD 1020 (CP-754/A), it was difficult to program and was not a suitable computing system for the developing P-3 Orion ASW interface program.
Since the primary function of the XN-1 system (MOD1) was to measure the effectiveness of a data processing system in actual ASW operations and to improve the system for later fleet implementation, an extensive post flight analysis procedure was developed. The procedure entailed recording the entire contents of the computer's variable memory (DRO and buffer) on magnetic tape. The data was recorded once each minute under computer control. At the completion of each flight, the magnetic tapes were read on a ground-based UNIVAC 1206 (CP-642A) Computer. This computer was used with a console and display to review and analyze the flight data and decisions. (Todd's Note: I believe the ground-based Univac 1206 was used in the MOD2 Lab Unit and simulator. The pictures show the only known manual titled "Instruction Simulation for XN-1 A-NEW System", dated June 28, 1963. Note the XN-1 "computer", was the Univac ADD 1020, CP-754/A. The ADD 1020 Instruction Simulator is a program which runs on a 1206 computer. The manual also includes a complete print-out of an instruction simulation titled: "SIM1020 PROGRAM ASW*21MAR63" or Simulation 1020 Program ASW March 21, 1963.) 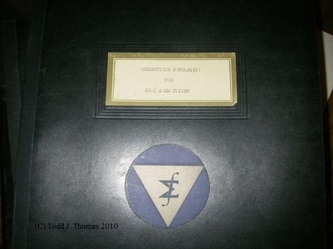 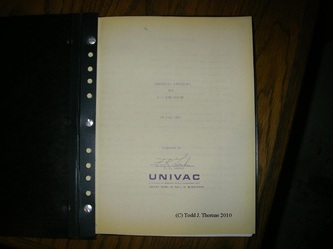 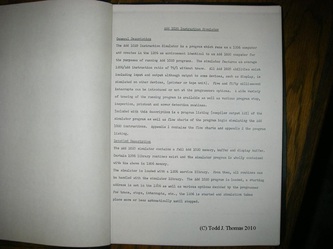 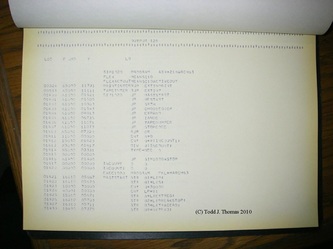 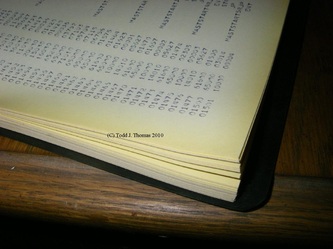 Some conclusions reached by the NATC (Naval Air Test Center), based on a year of flight testing the MOD 1 system: Order of magnitude improvement in tactical navigation accuracy has been achieved over that obtained with conventional fleet aircraft. This is critically important in tracking down a fast-moving submarine. Improvement stems from use of a gyro-stabilized platform to obtain precise heading for use with Doppler radar, overcoming previous errors introduced by low-altitude, high-G maneuvers. Another factor involves the use of a digital computer for navigation computation which can determine system bias errors from visual sonobuoy fixes and compensate for these errors.

Freedom of the tactical coordinator (TACO), the P-3 Orion ASW battle commander, from mechanical manipulation and coordination chores to provide him time for analyzing submarine tactics and plotting a counter-strategy.

More information from the sensors can be used simultaneously with the A-New system. Twice as many sonobuoys can be used effectively at one time with the MOD 1 A-New system than before. Multiple display consoles will display Jezebel sonobuoys, Julie sonobuoys and (MAD) magnetic anomaly detection results on one display, instead of separate consoles.

The A-New MOD 1 system demonstrated the technical advantage of digital data processing for Anti-submarine warfare and the need for continued development with new monolithic silicon semiconductors.